IN OUR WORDS: HOW OUR INITIATIVE CAME TO BE
In August 2009, we arrived at the University of Southern Indiana (USI) as first year tenure track faculty members. Although we both self-identified as allies, we spent that semester adjusting to the throes of our new positions. It was during this time of adjustment that ideas of beginning a safe zone program began to percolate. Within these conversations, we agreed that campus climate did not appear to be hostile, but it did not appear to be supportive. Rather, we felt the campus climate was passive and ambivalent with regard to gay, lesbian, bisexual, and transgender (LGBT) equality. This notion was later supported by data.
We began our journey by first determining what resources currently existed on campus by talking with the counseling center, campus security, academic life, residence life, and the student government association. Our suspicions were confirmed following these meetings: there were no existing resources on campus outside of same-sex benefits for staff and faculty and our student-led gay-straight alliance. Once we discovered this gap in services, we turned our attention to program development, realizing there was an existing need for resources and visibility.
With backgrounds in behavioral science (communications and community psychology), we turned to the literature to find evidence-based practices for the development and implementation of safe zone programs. We discovered evidence-based practices did not exist. Immediately, we were faced with difficult decisions. The most pressing question was whether we should move forward with a standard safe zone program or something more. Should our program be student-centered or community-centered? Based on the literature, we struggled with the traditional approach to implementing safe zone programs. We agreed that placing signs outside office doors was a passive approach to changing campus climate - we needed more. We agreed that reducing ambivalence could not be seen as a matter of education - we needed more. We agreed that one size doesn’t fit all, and we needed to be acutely sensitive to the diverse nature and needs of the LGBT community. With these things in mind, we began developing a program based on a core set of principles. 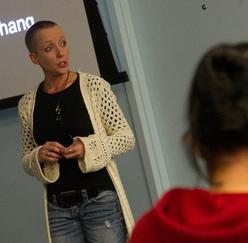 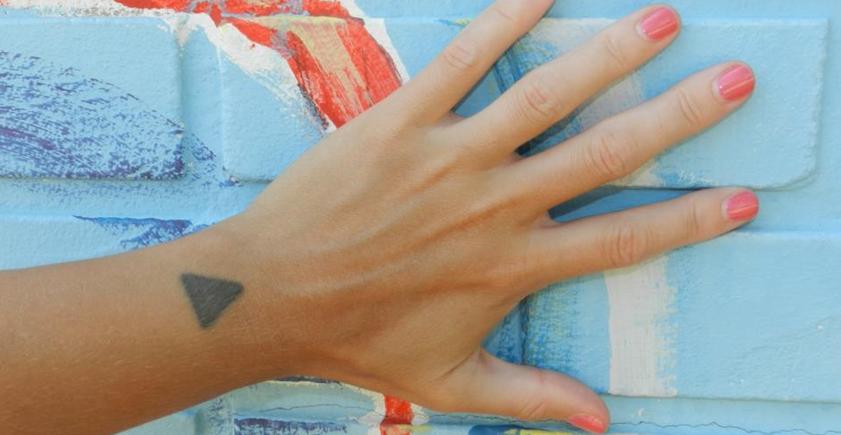 EMPOWERMENT.  We knew we wouldn’t be able to empower people, but we knew we could create opportunities for people to empower themselves. As such, we wanted to develop the program in a way that mobilized allies, allowing for ideas and solutions at each level.

ECOLOGICAL PERSPECTIVE.  In order to change campus and community climate, we knew that we needed to pay attention to the different systems within the community. That is, we wanted to develop the program in a way that created change at the micro and macro level. We wanted our allies to serve as persons of trust, as well as action; whether that action took place within the confines of an office, a family unit, a community group or political party.

In Stephanie's Own Words

In the fall of 2009, I arrived at the University of Southern Indiana (USI) and began my first "real" job as an assistant professor. That first semester consisted of teaching four courses and adjusting to the throes of my new position. It was during the winter recess, I think just a week before classes started when I met Amie - a petite woman who exuded strength. We were both waiting to meet with the director of the Living Learning Community (LLC) program, as we were assigned to teach honors sections of LLC courses for the spring semester (hers in psychology, mine in communication studies). There are merely bits and pieces of personal information from Amie—Kansas, human sexuality and gender, teaching at USI for the second time. I do remember feeling that I was meeting a kindred spirit, a self-identified feminist scholar. And I remember thinking, “This could be the start of an interesting collegial friendship.” 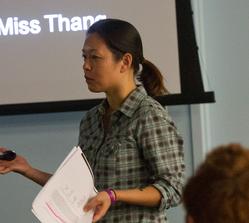 After spending many hours talking with students, faculty, business owners, and community members (and with our core principles in mind), we began creating a series of efforts to create a shift in culture at the individual level, community level, and policy level. In doing so, the Tri-State Area's Safe Zone Initiative was developed. Yes. We are allies, and we stand united

RESPECT FOR DIVERSITY. Oppression is experienced differently when considering the intersections of sexuality, gender, race, religion, and socio-economic status. As such, we wanted to develop a program that was based on a respect for the unique intersections of diversity within our community.

CONTEXTUAL FOCUS.  Communities have different strengths and resources. They also have different needs, based on their unique history. We knew that a “one size fits all” approach to program development would fail and wanted to develop a program that was contextually based. A program that would work for, and with, the community in which we live and work.

​In amie's Own Words

Being no stranger to hard work, I was nonetheless taken by surprise by the intensity of my first tenure track position. Upon arriving at the University of Southern Indiana (USI) in 2009, I spent much time adjusting to the demands of my new position. The first semester came and went, leaving nothing more than a host of blurry memories. Despite the difficulty in remembering the numerous course preps, meetings, and scholarship activities, one aspect during the fall semester stands out: my impression of the campus and community climate with regard to the seemingly invisible LGBT population. As such, my Safe Zone sign hung outside my office door that semester - the same sign I had carried with me from university to university. At the time, I had no idea it would be this sign that would define my career at USI. I had no idea it would be this sign that would lead to a partnership with Stephanie that would be built on trust, empowerment, and activism.